After you read this post, keep going! There's more!

We had another whirlwind day today, as a number of projects are nearing completion and just as many are beginning for next week. There were 2 lockdown drills today (for the benefit of both Kindergarten sessions), which resulted in a fruitful discussion about the reasons for having one. I tried my best to waylay any anxiety, while still reinforcing the fact that it is a useful exercise and that it never hurts to be ready just in case.
We had an extended math class to give time to review any questions and concerns, and played a trivia game to help with those more inclined to oral presentation than written. The students also completed activities reinforcing the concepts of number lines and "spelled numbers", which I think helped clarify many nagging issues for the class as a whole.
I also sent home a new math sheet for review. I like it because it uses fairly basic language; this will hopefully prevent any confusion over meaning and allow the class to focus on the math elements. If any more problems arise before Tuesday, feel free to email me so I can advise further. We agreed in class today that the questions should be done for Tuesday to allow for correction and review of any troublesome elements in advance of Thursday's test.

In a day of leaps and bounds, I also presented them with their first formal instruction on verb conjugation. Today's link will provide more information on this. The basic idea is that verbs like monter ("mon-tay", to climb) or danser ("don-say", to dance) need to be altered when used in the present form. If you want to day that you are dancing, then instead of saying "Je danser", you must say "Je danse". The -er suffix is removed, and replaced with an -e. The suffix changes depending on if it is "me", "you", "we", "they", etc. in the following fashion: 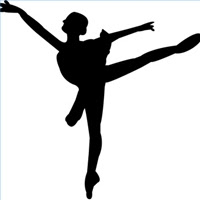 I don't want to burden you with details, but this will be an important concept going forward. These rules (and trust me, many more) are available in textbooks they have at school. If you are interested in buying your child a pocket reference book for verb conjugation, I could point you toward a good, inexpensive one.

As complicated as this seems, they blew through 4 sheets in less than an hour. Oh, to be 9 again!

We also made some advancement on our class pet discussion, and I outlined the next project we will be carrying out in science. They will be asked to create a small habitat in a cut-off 2L bottle or carton at home, then bring it in to class. I decided not to launch the project today, but did suggest that they think about what type of habitat they would like to create. Most already had an idea, but if they want to discuss it that would be great. 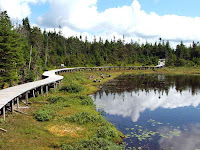 A few general housekeeping notes:
Sorry to ramble! Here is the link to French verbs, and another to the homepage for Salmonier Nature Park. QUIA (linked on the right hand side of this page) is also a great resource for French verb games of all kinds.

http://www.brighthub.com/education/languages/articles/33669.aspx
We will be doing some activities on Monday and Tuesday about the park in anticipation of our trip, but if you get time it would be great for your child to explore the website a bit over the next couple of days.
Salmonier Nature Park:
http://www.env.gov.nl.ca/env/snp/programs/education/index.html
Have a great weekend!
Posted by Sam Paterson at 3:49 PM