Gone! We had our first auction today with our "French Money", which was a fairly resounding success. Everyone who wanted to get something did, and others bankrolled their money for the next auction 2 weeks from now. It was a great lesson in problem solving, basic math and French as we worked our way through prizes. Some overpaid, others waited it out and got a great deal, and everyone had a good laugh.


After the auction, we had a very constructive discussion about the value (real and figurative) of speaking a second language. We talked about the immediate returns we were seeing in class, such as the money they were making, the time we are saving, the activities we are able to do, and the priveleges I am giving. We also spoke about the larger ramifications, including wider employment opportunities, travel and making friends. 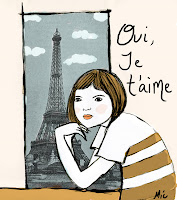 Today we also gave out new jobs for next week, named a new "Etudiant de la Semaine" and created a drawing that summed up what students had learned and enjoyed during the week. Safe to say, there were a lot of hurricanes involved. I also showed the class the games I posted on this blog yesterday, and left them going for students who finished early. This was a big hit, especially the manatee featured in the "Create a Habitat" game.
We also discussed homework at length, trying to figure out what issues we were having and how best to correct them. I sent home a letter outlining what we discussed, and would welcome your feedback. The general idea was that students are responsible for knowing what they have to do, and to ask for clarification if they do not.
I also provided abundant details on what to do if you aren't sure about something at home, and talked about the idea of setting priorities. For example, if the exercise is to answer a question about a passage we read in class, it is more important to get your ideas down than to spend half an hour looking up words on Google Translator. As you can see below, the results are not always ideal. 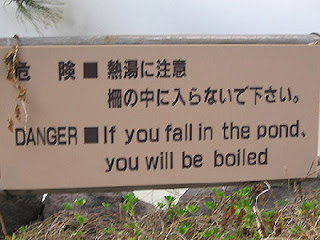 On that note, I would prefer that students guess at a word or look it up in an online or paper dictionary than use a translator. The results are often wrong or out of context when using the latter method, and it tends to undermine the intent of immersive language learning. I would suggest using a translator if you are trying to understand something your child has brought home, but only to get a general idea. In the end of things, your child is the expert.
We discussed class pets today, much as we have every day so far. I floated the idea of getting a class fish (sorry for the terrible pun), which was met with a great response. However, we spent the next 10 minutes discussing it in Science class, in the context of habitat requirements, personal responsibility and other less exciting elements of pet ownership. Before long we had a list of more than a dozen issues we would have to reconcile, something we will begin to talk about next week using what we have learned about Scientific Discourse.

Today's link is just for fun! In all the talk about class pets I remembered a very funny Minute Maid commercial.

Hope everyone has a great weekend, and don't hesitate to be in touch if you or your child have any questions about homework, fish, juggling, hurricanes, base 10 blocks, jump ropes, fake money or any other issues.
Posted by Sam Paterson at 4:05 PM