The Live Poets Society strikes back. 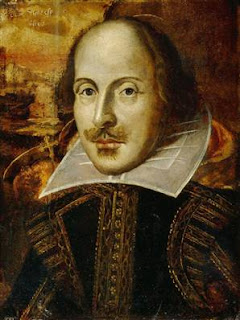 Today marked the beginning of our foray into poetry, at least formally. The class has already shown a great affinity for poetry and song of many types, so they were excited to launch into a focused lesson on the subject. We are going through the types of poems outlined on the site I linked to last Saturday; Today we looked at Acrostic, Alphabetic and Autobiographical styles.

Students wrote down the criteria for defining each type, then we each did an example. It was a bit of a riotous afternoon, but we had lots of fun and got lots of good work accomplished. I look forward to seeing their final products when we finish the unit in a few weeks.

As mentioned in a blog post last week (the exact date escapes me now), several students in the class have developed an interest in screenwriting and movie-making. They got together over the weekend to create a script, block scenes and shoot a stop-motion movie. We watched it today, to much acclaim from the rest of the class. It involved Star Wars, a squid, Lego, needles, a nurse and some serious destruction, but I won't spoil the ending just in case it gets picked up at this year's Sundance Festival.

The rest of the day was dedicated to making an exhaustive chart that compared what we know about light to other matter and forces such as electricity, water, living organisms and minerals. This was another great way to get some ideas going and clarify a few things. I plan on conducting an experiment each day throughout the unit on light, since experiments involving things that lack mass or force are usually easier to clean up than other varieties...

We continued reading "The Chicken Doesn't Skate" as well, and things are certainly picking up. Like many books by Canadian author Gordon Korman, the book touches many sensitive issues that are relevant to kids entering Elementary school. Bullying, relationships, school and family all play significant parts, as to a variety of different characters that have their own unique strengths, weaknesses and hopes. The book is very funny and poignant, and the good news is that we're only halfway through!

As a note to parents, we set dates for the 200 Words (Book Report) to be finished, as well as a date for the next Math Test. Math review sheets are now in the yellow DuoTangs, and can be finished up to Lesson 6.
Posted by Sam Paterson at 4:10 PM